That's it, it's decided, you want an emerald! You have defined, alone or with your favorite jeweler, your jewel so dreamed of ... You are a jeweler and you are looking for a stone that will inspire you with a unique and original creation, or you have the idea of ​​a jewel, but you Have you not yet found the gem that will brilliantly set your jewel and reveal through its presence all the magnificence of the work you have done on the setting? Are you a keen collector looking for a very specific emerald that will beautifully complement your sumptuous collection? You therefore urgently want an emerald, but not just any, and a priori not a Colombian emerald! Because what you are looking for above all is a unique precious stone, something more rare and subtle ... Look no further, we have selected for you natural Madagascan emeralds of the finest quality, some more beautiful than others ! You will notice this uniqueness of clarity and color among our stones and you will then understand by comparing them with those of other countries, that they are indeed different and you will understand their nuance.

Deposits mainly on the East Coast

Beryls and the emerald variety have been known since the time of French colonization in Madagascar in 1883. The size of the pieces discovered at the time, the number of varieties, the quality of the materials, have earned in Madagascar, among aficionados of mineralogy, the appellation of "Pays du Béryl ou l'île du Béryl". Edouard David Levat was the first geologist to study the emerald of Madagascar in 1912, then Lacroix devoted himself to it and reported its existence in 1922, without however mentioning the locality. It was not until the early 1980s that the deposits were able to be studied on site and then mentioned in the literature. Hänni and Klein describe the blue-green emerald of Madagascar similar to that of the Zambian emerald and sharing similar optical properties. They describe production at the time as extremely sporadic and organized around primitive means of extraction. It was not until the 1990s and the discovery of the most beautiful deposit of Morafeno, located 30 km further south of the depot of Ankadilalana, that the Madagascan emerald really began to be marketed and extracted in a more orderly fashion. The historical deposits are located in the region of Mananjary, near the village of Ambodibakoly, they were discovered in the early 1970s. Ten years later two other deposits were discovered in their turn: Ifanadiana and finally the Ankadilalana mine located near the village of Kianjavato, which was by far the largest deposit known at the time. A string of other deposits were subsequently discovered, presenting samples of very variable qualities, still in the Mananjary region on the east coast of Madagascar. Malagasy emeralds can contain many inclusions of Mica, Amphiboles, Feldspar, Tourmaline…

Discover our emeralds from other countries: 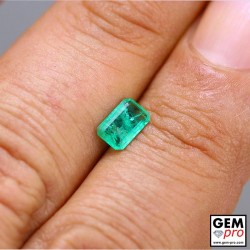 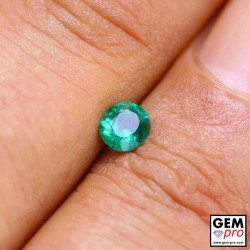 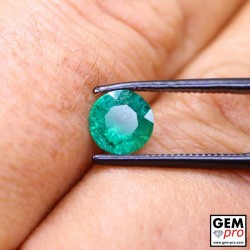