Do you cherish a dream of a jewel, the dream of a blue precious stone that would sparkle with a thousand lights? A piece of jewelry imagined by you with the expertise of your favorite jeweler? A delicate stone that would join your collection of favorite precious stones? According to you, the pinnacle of the beauty of a precious stone is the blue sapphire. Beyond time and time, this gem arouses envy, delight and symbolizes perfection. Through its shades of blue, one could easily be carried away dreaming of the ocean, the sky, and the infinite. An angelic color that will not leave anyone insensitive both by its beauty and its sex appeal. In truth, sapphire is the most popular blue stone in the world, all categories combined and this trend is not likely to fade, so much this stone symbolizes the blue color by excellence. Taking its etymology, from the Latin "Sapphirus" and from the Semitic Greek "Sappheiros" designating the color blue, or even according to some authors, from the Hebrew "Sappir" for "noble stone". The designation from the ancient Sanskrit "Sanipriya" meaning auspicious (for the planet Saturn) should also be noted. Scientifically speaking, Sapphire is part of the group of oxides and remains one of the two corundum gem varieties, hardness 9 on the Mohs scale and density 4. It is an allochromatic gem, which means that its coloring is caused by the presence, in its composition, of substances such as chromium, iron or titanium, present in the form of traces elements. Blue Sapphire can also be presented in its star form (asterism) and sport magnificent stars.

Among the best known sources of Blue Sapphire, we find Sri Lanka, Burma, Australia, Cambodia, Nigeria, Tanzania, Thailand and Madagascar. It should be noted that stones from Kashmir were among the most sought after and coveted, unfortunately nowadays the historic deposits are exhausted. Madagascar is the producer country that produces the most jewelry-quality sapphires in the world. Depending on the sources and the periods, Sapphires from this provenance represent between 20 and 70% of the world market.

France is also a country that has deposits of blue sapphire. We collect alluvial sapphires in Auvergne using the so-called beat method. Although relatively very small, some may be found that can exceed one centimeter and have a beautiful shade of blue. The exploitation is purely artisanal and represents very low volumes, the Sapphire from Auvergne is therefore not widespread on the market. The stones are generally midnight blue and turn green.

Characteristics of the blue sapphire

Sapphire is a transparent stone in its finest quality, benefiting from superb clarity and brilliance. Extremely varied colors, representing all the colors of the chromatic spectrum except the red color which characterizes ruby, another variety of corundum. It is a pleochroic gem (which has different colors depending on the angle of observation). It will present itself in its most beautiful aspects in daylight or under fluorescent light. Conversely under white light, its color will be much less attractive. The most popular stones will be stones with little or no inclusions with the naked eye or even with a magnifying glass at x10 magnification and with a beautiful color, with a lot of shine. Stones with a milky or silky appearance will be much less popular and sought after.

Stone of predilection for the astrological sign of Taurus, it is a stone to which benefits and legends have been attributed since the dawn of time. In Chinese astrology it is related to the signs of the rabbit and the cat. On the side of its supposed virtues it is said to be beneficial for eye problems, the sinuses, supposed to help hair growth, nails and fight against baldness. It is said to be able to bring a certain interior serenity, a form of fullness, a relaxing, soothing effect. Within the framework of reiki and lithotherapy it would be the stone of predilection of the chakra of the third eye, supposed to develop intuition, imagination, clairvoyance and multiply our sense of creation.

The sapphires offered on the market are for the most part sapphires having undergone a heat treatment of simple so-called "traditional" heating and / or so-called high-temperature heating with or without addition of chemical compounds, making it possible to enhance color and clarity and / or dissolve the elements present in traces in the stone. The industrial synthesis methods reproduce in the laboratory the natural conditions of formation of sapphires whose chemical composition and physical properties are the same as those of natural stones. These methods have made it possible to create synthetic corundum or so-called Verneuil synthesis which are synthetic Sapphires notably intended for the industrial production of watch glasses, smartphone screens, camera lenses, due to their very high resistance to shocks and scratches.

Discover other colors of sapphires:

BUY GEMSTONES: BY COLOR OR SHAPE 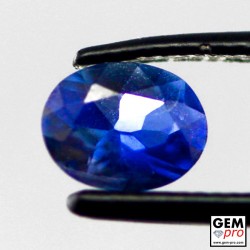 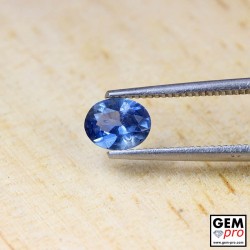 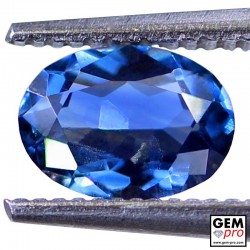 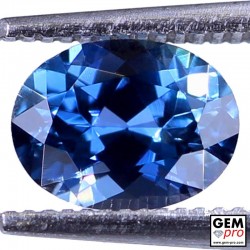 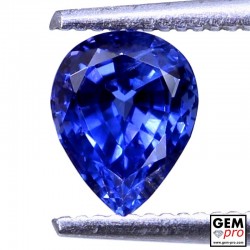