Have you always been intrigued by the name cat eye for a stone? You already know this stone so special that is Chrysoberyl or you heard about it recently, which brought you to this page? Chrysoberyl cat's eye is an opalescent variety of Chrysoberyl, it is a rare and relatively unknown stone, although it has been present for a very long time. We know much more about chrysoberyls, the mythical and legendary Alexandrite, very actively sought after for its extreme rarity and its great value for resale. Come and discover our magnificent and rare untreated natural specimens of Chrysoberyl cat's eye, specially selected by us, for collectors, jewelers, jewelers and all lovers of precious stones around the world.

Some Chrysoberyl crystals contain tiny parallel tubular inclusions and / or rutile needles, which oriented in a certain direction, produce an effect called shimmer. When this type of sample is cut in a cabochon, this optical effect then takes the appearance of the pupil of a cat's eye, blue or yellow in color depending on the source, so this is the origin of its name : Chrysoberyl Cat's Eye. Note that this gem is the only stone that can be called a cat's eye without specifying the name of the genus. Another more obsolete synonym is also known for this type of gem: Cymophane which means wave reflection.

Chrysoberyl is highly coveted in jewelry because of its many qualities which are mainly its hardness (8.5), its rarity, its luster, its varied and bright colors, its beautiful transparency. The sharper the cat's eye and the larger the stone, the higher the price. Be careful, beware of the many imitations and counterfeits with the name "cat's eye", widely available, at low prices and in large dimensions. Remember, Chrysoberyl cat's eye is a rare stone of which there are only two active deposits in the world, in Madagascar and Sri Lanka, moreover the parts are generally very small!

Discover our other Chrysoberyl: 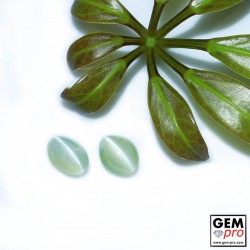 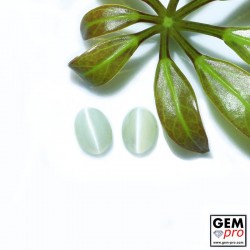 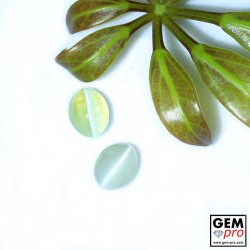 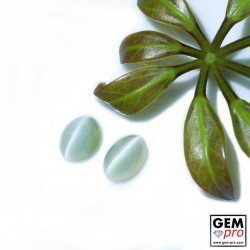