Do you like citrine, yellow sapphire? But the first is not valuable enough and / or too fragile for the jewelry of your dreams, and the yellow sapphire proves to be too expensive and / or too small for your project. Why not acquire a Golden Beryl or Heliodor? A precious stone that we dedicated to the sun and which literally means "gift of the sun". We take you to discover this gem which, no doubt, will conquer you.

A beryl, still little known to the general public

Nowadays by extension or ignorance, the golden beryl is often called "Heliodor", except let's give to Caesar what belongs to Caesar: the Golden beryl and the Heliodor designate stones of different colors, the Heliodor sensu stricto is colored light greenish yellow, the stones are always pale in appearance. While the golden beryl is pure yellow, dark yellow or shiny golden to orange, its color is quite bright, often intense, never pale. It is a stone that can be shimmering and starry. It frequently contains inclusions and is often endowed with parallel channels visible to the naked eye, some parts displaying patterns and groups of inclusions which are very interesting aesthetically speaking. The main deposits in the world are located in Madagascar, Namibia, Brazil, Russia. The Golden Beryl or the Heliodor, will be a piece of choice in your collection of enlightened amateurs, it will also be a beautiful alternative to the more expensive yellow precious stones, such as sapphire and diamond as part of the realization of a truly unique and original piece of jewelry or as a replacement stone. Beware of counterfeits, indeed a few years ago, heliodor supposed to come from Tajikistan, Afghanistan and Pakistan they turned out to be aquamarines of low quality which were irradiated in order to give them the yellow-golden color. and deceive the clientele. To date there is no evidence of the existence of the Heliodor in the countries mentioned above.

We suggest our sections dedicated to beryl varieties: 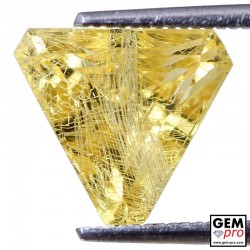 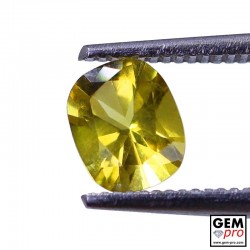 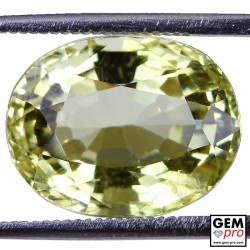 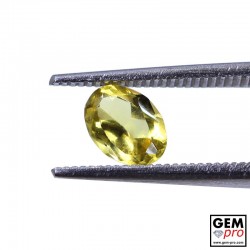 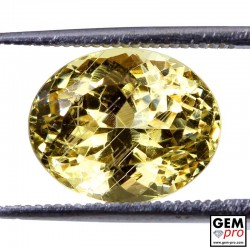