Fancy a blue gemstone? A stone with a color between blue and purple? A gem with pleochroism that can show, depending on the angle of view, at least two different colors with the naked eye? A mineral species that has a purple-blue color unlike any other known stone? Its magnificent transparency, its blue reminiscent of that of the ocean, will earn it an appellation recalling this similarity. Whether you are a collector, creator, jeweler or simply a lover of beautiful stones, the Iolite is made for you. The precious stone that enabled the Vikings to find the Americas 500 years before Christopher Columbus?

The etymology comes from the Greek "ios" meaning purple. Known since time immemorial, according to legend, the Vikings used it as a polarizing filter and anti-glare on cloudy days, in order to find the sun and to orient themselves correctly for navigation.

Was it thanks to the Iolite that the Vikings found the Americas before Christopher Columbus?

Indeed, we can legitimately ask the question, because in 1960 archaeological remains of Viking camps were discovered in the north of Newfoundland and dated to the year 1000, almost 500 years before the discovery of the new world by Christophe Columbus. The Iolite also called Cordierite is a gem that was discovered in 1809 by the engineer P.L.A. Ropemaker. The latter, because of the optical properties of the stone, had then baptized it Dichroïte in reference to its faculty to present at least two distinct colors according to the angle of view (pleochroism). Sometimes referred to under the trade name "Water sapphire", it is native to Germany, Finland, Myanmar (Burma), Brazil, Algeria, Canada, France, Italy, Norway, from Sri Lanka. However, the two deposits that consistently produce large numbers of samples that can be used in jewelry are India and Madagascar. Its color is particular, it is easily distinguished from other blue-purple stones. It is usually blue-purple, purple, dark magenta, sometimes light green. It can also be colorless, orange or yellow which are extremely rare and highly sought after colors. It is a gem that can be shimmering and have an asterism. It is a robust gemstone due to its hardness of 7 to 8 on the Mohs scale. It is therefore ideal for jewelry and fine jewelry. It can be confused with Tanzanite, Scapolite, Amethyst and is generally cut in cabochons or faceted stones. It is a stone which has almost always inclusions (mainly hematite and Goethite, very rare are the stones suitable for the naked eye. It is a stone which is not subject to any treatment. It is the stone natives of September. 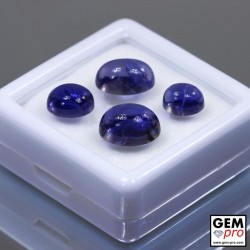 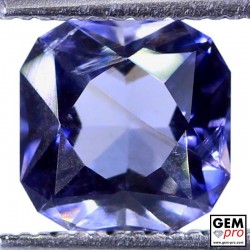 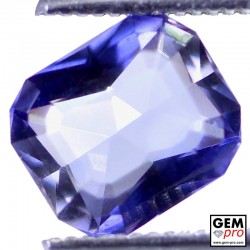 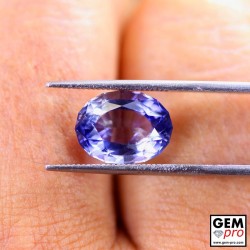 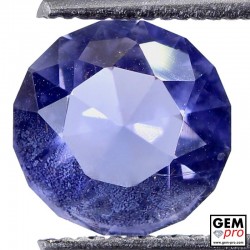 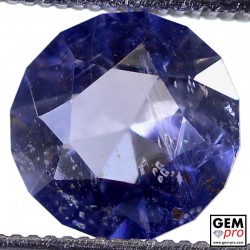 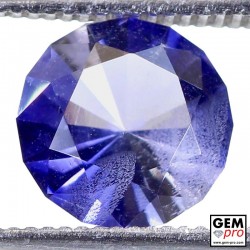 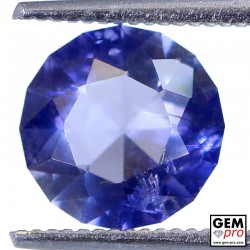 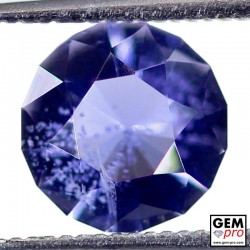 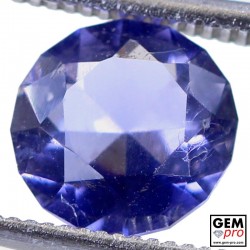 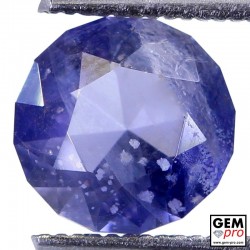 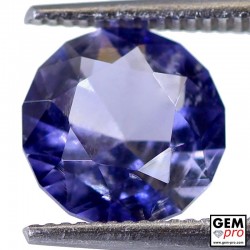 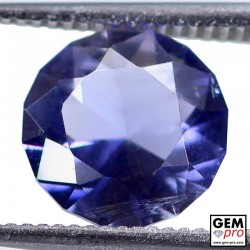 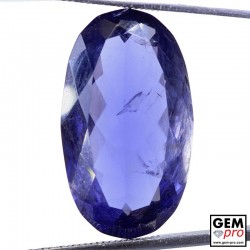