Are you looking for a rare, collectible stone, essentially from five deposits in the world? A precious stone still little known that will delight both the collector, the jeweler and the individual wishing to make an original jewel as much by its setting as by the stone which will overcome it and sublimate this piece of jewelry that will be unique in all points. You are a jeweler and you work mainly with little known gems, somewhat contemporary, which make all the difference by their rarity and make your creations fundamentally unique.

Kornerupine: A rare stone and particularly coveted by collectors

Kornerupine is a mineral described in 1884 by Lorenzen, its first discovery was made in Greenland. It was described in honor of Andreas Nikolaus Kornerup, explorer, geologist and artist who made numerous expeditions to Greenland. This mineral is a complex borosilicate with orthorhombic crystallization having traces and impurities of magnesium, iron, aluminum, chromium, vanadium and generally green-brown, brown, brown-greenish, white or gray-brown color. It is more rarely encountered under the color pink (pale magenta), violet, blue-green, green-bluish, bright green, light beige, colorless, see emerald green. The most popular colors are emerald green / apple green and blue. The deposits producing the most beautiful stones exploitable in jewelry are Sri Lanka, Myanmar (Burma), India, Kenya and Madagascar. Some stones can have a cat eye effect when they are cut in cabochon (inclusions of rutile and graphite). the inclusions visible in the stones are generally crystals of Zircon and Apatite.

A gem intended for collection and jeweler

It is generally cut in faceted stones for jewelry, in fact its hardness from 7 to 10 on the Mohs scale, makes it a robust stone, impact resistant, with easy setting. It is a sought after and highly coveted gemstone. As the deposits produce very few stones of transparent quality, it is still little used in jewelry, but is one of the stones actively sought by collectors. It is a stone which is not currently the subject of any known treatment aimed at improving its aesthetic or physical characteristics. It can be confused with Epidote, Tourmaline Verdelite (green), Axinite, Tourmaline Dravite. Stones from Madagascar are very popular because of their ability to exhibit a well marked pleochroism visible to the naked eye. Green stones display this color due to the presence of vanadium in their chemical composition. The stones offered on the market are generally small in size and rarely exceed 2 carats once cut. Transparent stones specific to the naked eye of more than 5 carats are extremely rare, we do not know of Kornerupine faceted beyond 20 carats. 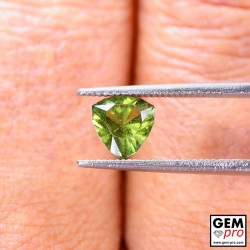 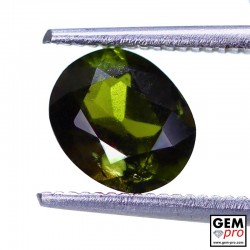 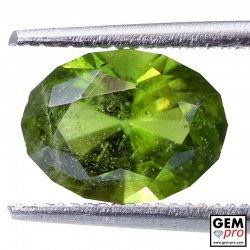 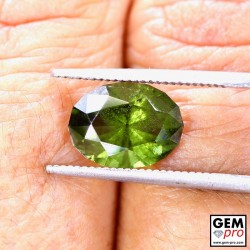 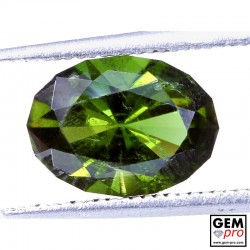