Do you like transparent, colorless stones? For you, a gem must above all represent purity and you are therefore looking for a crystal with an immaculate appearance. You are fascinated by this type of stone reminiscent of glass in its finest quality, but being indeed natural and from the bowels of the earth. Are you a collector, a lover of cut stones but also of cabochons? Do you have the idea of ​​a jewel topped with a transparent stone, but which would not cost you an arm like the Diamond? Are you a fan of beautiful sizes and other fancy shapes, and do you think that a stone does not need to be necessarily expensive for it to arouse your admiration? For you, simplicity is synonymous with efficiency, but also in a way, humility? We offer a magnificent selection of natural rock crystal in various shapes and sizes, which will no doubt delight collectors, creators and lovers of beautiful work. Magnificent pieces expertly carved and from one of the best historical sources in the world, probably known since antiquity.

The etymology of rock crystal takes its source in the Middle Ages when it was necessary to differentiate this colorless form from quartz, manufactured glasses. From the Greek "Krystallos" meaning "cold like ice" or having "the appearance of ice". It is a chemically pure and monocrystalline variety of quartz which includes in particular Amethyst, Ametrine, Smoky Quartz, Rose Quartz, Citrine, Prasiolite. The most sought after quality is that which is completely colorless, very clean and without inclusions. It is a stone known to all, especially in relation to the crystal balls used in the divinatory arts, mediumnity, the reading of fortune-telling. It is also a form of Quartz which has the distinction of being also sought after for the many inclusions it can contain. Indeed, the latter appearing on their best day, when they are present in a colorless crystal. Rock crystal can therefore contain a wide variety of mineral solid inclusions through other minerals, but also fluid or gaseous inclusions. It is quite common in the earth's crust, since quartz is the most common component in the mantle (around 80%). However, Brazil and Madagascar are the biggest producers of this mineral in its finest quality. Given its ubiquity, it is also found in India, Pakistan, Russia, China, France, Switzerland and the United States ...

Rock crystal from Madagascar: recognized as a historical source of the finest quality since the Middle Ages

According to recent discoveries, the extraction of rock crystal from Madagascar dates back to distant times. In 2009, archaeological excavations were carried out in Mayotte, in the city of Dembeni in the Comoros archipelago, and led to the discovery of considerable quantities of rock crystal fragments from Madagascar. In 2013, new excavations confirmed that this town, almost unknown today, is one of the largest world-class centers of this mineral destined for other regions of the world. Between the 8th and the 11th century, this city experienced great prosperity in the Middle Ages. Texts evoking the legend of Sinbad the sailor, cited the coast of Zandj or Omani and / or Yemeni captains had installed a vast trading post and it was thought that this city had known its heyday thanks to the exploitation of iron . But since these new discoveries, including a significant number of ceramics, it is estimated that it was one of the largest medieval shopping centers for cutting and trading rock crystal from the northeast coast of Madagascar. We also found on the spot, vestiges of ovens and many slag, pieces of folded lead acting as staples and used to repair (solidify) the vases and other ceramics produced on the spot, and also pearls of rock crystal . This large counter seemed to have a radiance mainly oriented towards the Arab world but also towards the Mediterranean. Certain writings, including those of Al-Birûni, evoke the rock crystal from the islands of Zenj to Basrah and indicate that the rock crystal from this provenance is of better quality than that of Kashmir. However, the Comoros archipelago and the other surrounding islands being geologically far too young and of volcanic origin, they could not supply this material which is therefore necessarily from Madagascar. From this same origin, large pots ranging from 30 to 80 cm in diameter were imported and manufactured, including the base of Chloritoschiste (a greenish-colored schist, rich in chlorite frequently containing pale green tremolite, actinote and amphiboles) epidote). Other legends evoke Madagascar and its riches in Ethiopian and Hebrew mythology (it is said that the temple of Solomon was partly founded with gold from Madagascar), other sources indicate that the pharaohs had many artifacts composed of rock crystal from Madagascar. Certain sources affirm that Madagascar could have been colonized 4000 years before J-C, see more…

Colorless rock crystal found on the world market is natural. However, it can be subjected to irradiation in order to make it take on new shades such as yellow (quartz oro verde), black (smoky quartz), beige, greenish, brown. It is also synthesized in the laboratory to supply various industries. It remains an excellent alternative to much more expensive gems, such as Topaz, Danburite (white, colorless), Sapphire (Leucosaphir) or Goshenite (White Beryl, colorless). It is used for sculpture, engraving, cut in various shapes, in ornamental objects, divinatory instruments (pendulum, merkaba, crystal ball) and also set in jewelry (ring, bracelet, medallion, pendant, earrings, ornaments ...). 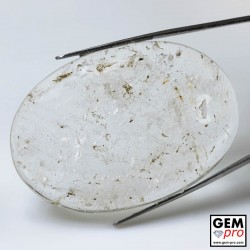 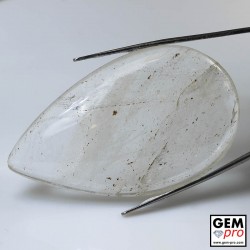 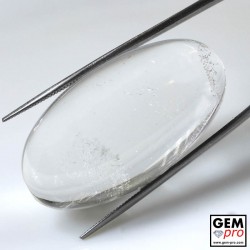 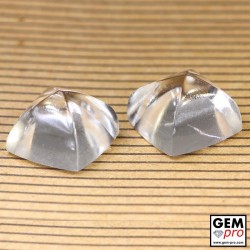 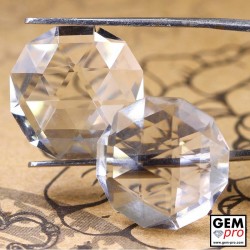 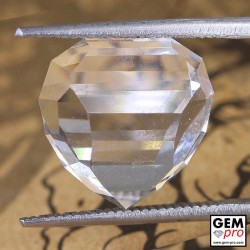 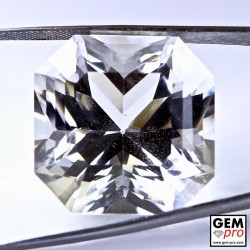 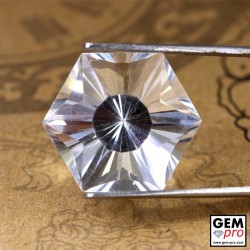 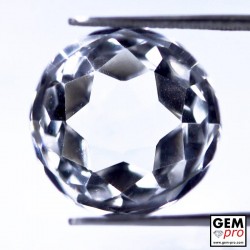 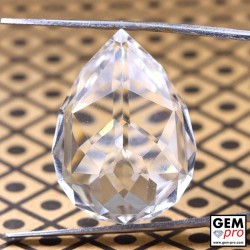 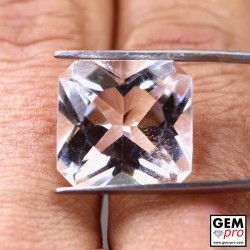 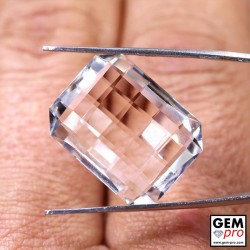 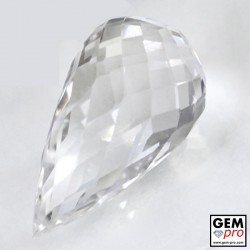