Need a pink, purple stone? A very transparent and very shiny stone? A stone to set a jewel, to collect, to offer? An accessible gemstone in terms of price. We offer a wide selection of handpicked natural garnets with excellent value for money. Come and discover our magnificent quality Rhodolite Garnets, meticulously selected for their colors and purity.

Rhodolite Garnet: Its own chromatic field composed of subtle nuances

Rhodolite Garnet is the trade name for a Garnet of intermediate composition between the Pyrope Garnet and the Almandine Garnet. Its exact scientific name is Grenat Pyrope-Almandin. The etymology comes from the Latin "rhodo" meaning pink in reference to the color of this gem. This highly coveted gemstone is generally pink to dark purple in color with the full range of colors between the two colors including purple, fuchsia and red. It can also present optical phenomena such as asterism, when it is cut in a cabochon (star with four or six branches) or display a shimmering color. The color of Rhodlite Garnet is mainly linked to traces and impurities of iron, manganese, chromium and vanadium. It is a highly sought-after gem, attractive by its color, which, depending on the lighting conditions (natural or artificial) will present subtle nuances highly appreciated by connoisseurs, particularly in daylight. It is a rare gem in its finest quality gem intended for the jewelry industry, unfortunately the deposits produce very few samples of this value. She is from India, Brazil, Tanzania, Kenya, Mozambique, Zimbabwe, Sri Lanka, Madagascar ... Essentially cut in cabochons and faceted stones, this stone, intended both for the collection and for jewelry, will beautifully adorn valuable jewelry, such as bracelet, ring, pendant, earrings or brooch. This gem can be confused with other garnets such as Almandine, Pyrope Garnet, Spinel, syntheses and other imitation glasses. Quality, transparent, beautifully colored pieces exceeding 8-10 carats are rare and extremely sought after. 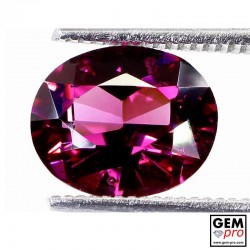 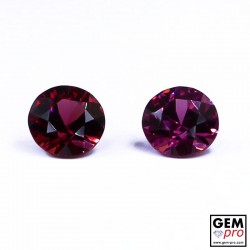 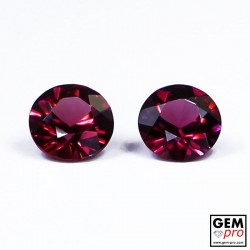 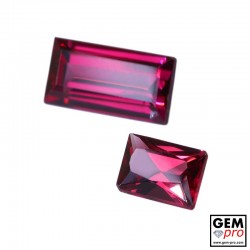 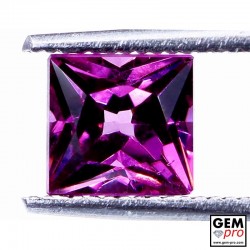 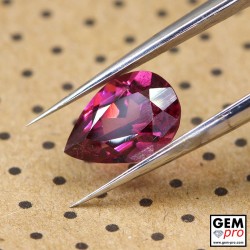 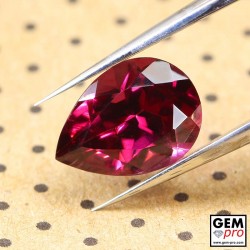 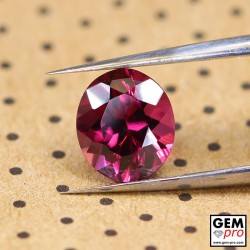 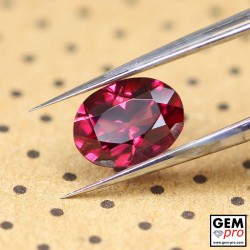 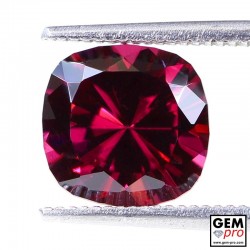 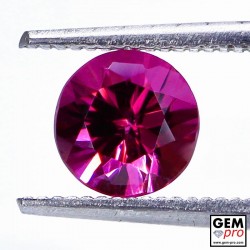