"He who turns on the star does not turn around." Leonardo da Vinci

Since you discovered them, you fell totally in love these uncommon, rare and precious gemstones and they arouse in you a great passion? It is true that this type of rareand uncommon gems are very particular and endearing, they are part of the "very select club" of stellar stones, which has very few members (Diopside, Garnet, Quartz, Moonstone, Pink Quartz, Sun Stone, Spinel)! Especially since blue gems never go out of fashion and the most popular of them, always, remains the Sapphire!

A rare, trendy and so chic gemstone

The blue star sapphire is a stone that we see more and more set in jewelery and especially for jewelry for men. Is it pure coincidence that its level of hardness (9 on the Mohs scale) makes Sapphire one of the most enduring jewels of all time? Or, is it related to the blue color usually symbolizing the masculine color par excellence?

A sapphire please, but not any sapphire, a sapphire with a star, otherwise nothing !

Sapphire is a variety of Corundum that exists in almost all colors, and in addition, in two-colored and multicolored. Red Corundum is known as Ruby. The etymology of Corindon comes from the Sanskrit "Kuruvindam", while the name "Saphir" comes from the Persian word "Safir". Star Sapphire is a variety of Sapphire that is characterized by the presence of the optical phenomenon called asterism.

A variety of corundum exclusively intended to be shaped in cabochon

The stone when shaped as a cabochon (dome) presents when exposed in daylight and direct rays of the sun: a star on its surface. The occurrence of this star with 6 branches is due to the reflection of a light ray on the inclusions of Sapphire (Rutile needles). In order for the asterism to be visible on Sapphire samples containing Rutile needles, the lapidary must cut the cabochon gem so that its base is parallel to the Rutile inclusions. The most sought after and coveted Star Sapphires are those whose optical effect (asterism) is the most perfect, namely a complete star, well centered, thin, with branches that extend over the entire front of the cabochon.

Quality and criteria of choice of star sapphires

We will favor samples containing little or no inclusions on the surface, stones of great clarity, transparency, weight, dimensions, color of the stone, provenance ... The range of colors of Star Sapphires varies considerably from blue to white. black through gray, white (translucent), pink, green or orange. The most sought-after shade is definitely blue.

Provenances, availability, price and valuation of the Star Sapphire

Currently, the most productive deposits are in Ceylon and Madagascar. It is estimated that the occurrence of star sapphire samples is between 1 and 2% of Sapphires extracted from a deposit producing star sapphires. In addition to this tiny percentage, we must know that we can find a sample capable of producing a perfect star but which will have an unsightly color and conversely a beautiful color of stone, but a no star, incomplete or very little visible. These are the reasons for the rarity of genuine natural star sapphires on the market.

In natural Star Sapphire, the color of the stones can not be changed by heat treatment, it is a guarantee of authenticity with regard to the original color of Sapphire. There are also other treatments that improve the color of a star sapphire but also the appearance of its star. The majority of cheap star sapphires offered for sale are fakes (diffused sapphires). So be sure to buy your Star Sapphire from a professional storefront in the trade of colored gemstone, which will issue you an invoice and guarantee the authenticity of your gemstone.

Many legends have formed around the Star Sapphires. A Hebrew legend teaches us that Sapphire is considered to be the guardian of love and that when it is given as a gift, it reinforces love and promotes psychological understanding within the couple. Persian legends describe him as having the power to banish envy, jealousy and protect fidelity in marriage. Some of our ancestors thought that Star Sapphires contained demons or angels of light, and as the stones became dark at night in the absence of sunlight, we thought they fell asleep, like humans. The Star Sapphire has inherited the title of ultimate talisman to protect against evil spirits or enemies. Since the beginning of time, it has been part of the tools of medicine, esoteric healing and the magic of druids and shamans. The medium psychics used them as objects of meditation and prediction of the future. Some healers claimed that the stars in the stones increased the magical powers of the other precious stones. The three crossed rays formed by the star and which are visible represented, they say, faith, hope and destiny.

Discover other colors of sapphires:

BUY GEMSTONES: BY COLOR OR SHAPE 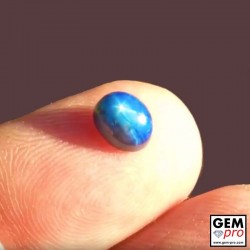 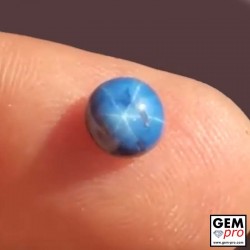 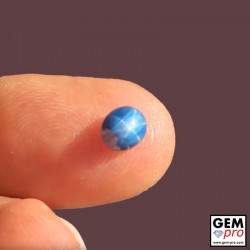 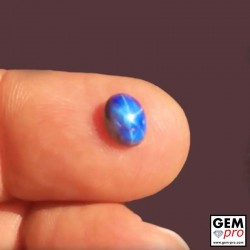 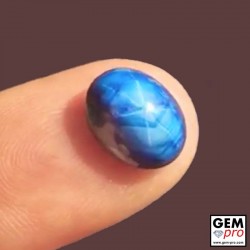 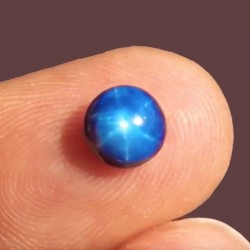 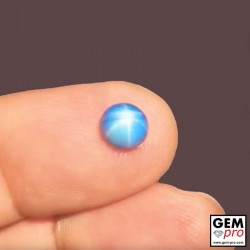 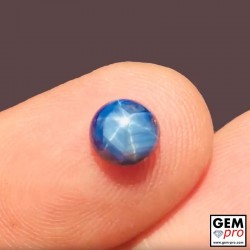 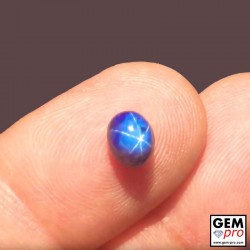