You are looking for a black, shiny gem cut halfway between a faceted stone and a cabochon. You do not want a black tourmaline (Schorl) which is not bright enough, not presenting a uniqueness by its color, because of the streaks which one frequently meets in this stone. You also don't want a black obsidian that looks like glass too much. You are looking for a black stone but of rare provenance. Why not opt ​​for our magnificent specimens of black Onyx cut between the cabochon and the faceted stone? Onyx is a rare stone in Madagascar, it is rare to find specimens from this locality. Whether you are a collector, a jeweler or in search of the stone that will perfect your jewelry project or original creation, our black Onyxes will no doubt satisfy your expectations.

One of the rare black stones used in jewelry

Black Onyx is a variety of black Agate (Chalcedony) monochrome, fairly uncommon and mainly native to Brazil, Mexico, India, South America and Madagascar. Its etymology refers to the Greek expression "Onux" which means nail or claw, this in connection with the first described Onyx stones (not monochrome). In general the Onyx which one finds on the market, presents bands of black and white colors in alternation. It is a stone known and used for millennia. it acted as a funeral jewel like the majority of black stones. Widely used in costume jewelry on silver, the craftsmen of Jaipur have significantly contributed to the popularization of this Agate (Chalcedony). Please note, a good number of black Onyx are actually translucent Agates impregnated with a concentrated solution of sugar and treated with sulfuric acid, then heated. Its hardness is 6 to 7 on the Mohs scale, it is generally cut in cabochons, hence the unusual size of the stones we offer. Onyx's wedding celebrates the 89th year of marriage.

Discover our other agates and chalcedonies: 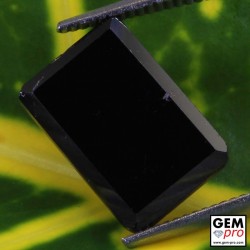 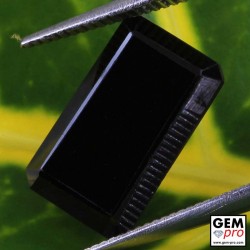 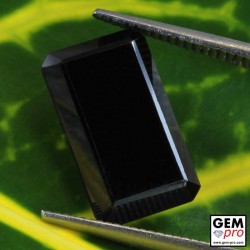 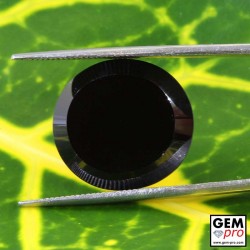