You appreciate fossils, but you regret that the same species are always offered on the market (ammonite, sea urchin, bivalves, silicified wood ...) and / or set in jewelry. Why not opt ​​for an organic stone, a rare fossil, a cabochon of silicified (petrified) dinosaur bones? This type of rare fossil has a particularly attractive appearance and has many qualities, such as their hardness, their unique appearance resembling the epidermis of a snake, revealing the characteristic crevices of the marrow (spongy part). These are stones, all unique, rarely offered, scarce available and coming from a limited number of deposits in the world. They will suit both advanced collections and jewelers looking for original pieces, rarely seen and which will bring that little extra that will make all the difference in their creations.

Dinosaur bones, silicified, fossilized or petrified are fossils of Saurians living between 70 to 165 million years ago. The majority of the pieces come from the Majunga region (west coast of Madagascar). Madagascar is extremely rich in dinosaur fossils, both in terms of varieties and the quality of their conservation. Madagascar nowadays has a very high endemicity rate in the plant, animal and mineral fields and the same is true for the dinosaurs that populated this environment. Scientifically speaking, the silicified dinosaur bone is one of the Chalcedonies, the dinosaur bones have undergone a pseudomorphosis. This substitution process is the phenomenon by which a mineral appears with the appearance of another mineral. Through an infinitely slow transformation without chemical reaction, the original substance is gradually replaced by a substance of another nature. In this case in our case, the silica gradually replaces, methodically, the spongy and compact parts of the bone. In the infiltration waters, the sediments which are found emerged, begin to dissolve the soluble elements such as calcite, silica, pyrite, dragging them from the surface to a certain depth where they then begin to reprecipitate. . It is during their state of suspension, that they will then undergo new transformations and begin to recrystallize, become new minerals, or redeposit. Of course this type of transformation occurs only under very specific conditions of temperature and pressure. The most popular deposits of petrified dinosaur bones are found in the United States (Utah), Australia, India and Madagascar. It should be noted that there are magnificent opalized specimens of parts of dinosaurs from Australia such as: jaw bone, teeth, vertebrae. These specimens are extremely sought after. It is very rare to find cabochons of silicified dinosaur bones from Madagascar on the world market today and we are one of the few companies to offer them. 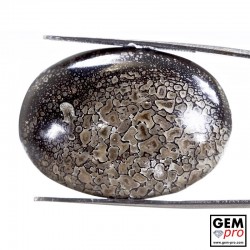 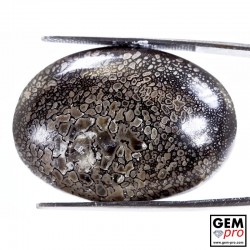 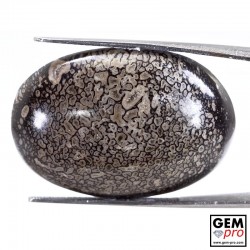 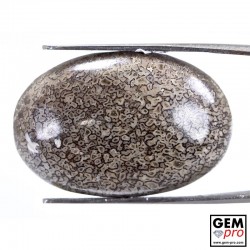 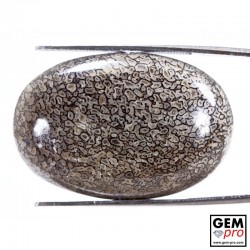 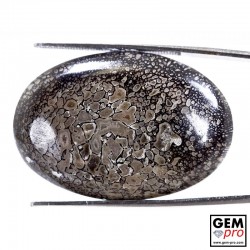 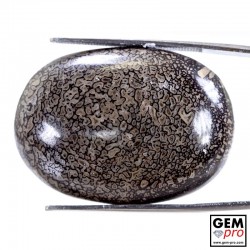 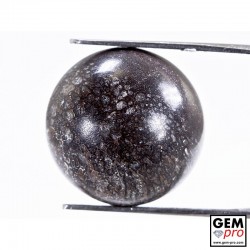 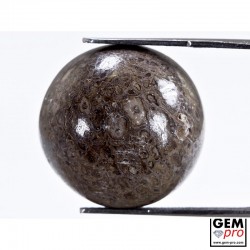 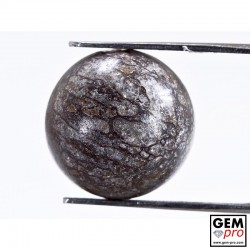