You like the really unique Jaspers by their appearance, which are recognizable among all the other known forms of Jaspers. A variety that seems to flow through its magnificent concentric circles (orbs). Are you a collector looking for unique pieces to integrate into your sumptuous collection? A jeweler looking for pieces able to inspire you with new creations or to sublimate your frames. You are an individual and have the project of a piece of jewelry, yours, imagined by you, that you wish to have made by the professional of your choice, but you are still looking for the piece that will brilliantly complete this project. Look no further, the orbicular Jasper is a sumptuously original and so exciting stone, which will undoubtedly be the centerpiece of your jewelry.

The orbicular Jasper was supposedly discovered by Lacroix in 1922 in north-west Madagascar, because it mentioned the existence of Chalcedony in this region. In 1927, Richard Baldauf brought back a sample from the locality of Kambaby under the name of "Carnation jasper", confirming the presence of deposits in this area. In 1977 a photo of orbicular Jasper appeared in the Grund mineral encyclopedia but mentioned a misspelled locality "Kabamba" locality in the center of the Island while the deposits are littoral and the locality of "Kabamby".

Orbicular Jasper: A recent re-discovery but not only !

At the end of the 20 th century, new prospecting was undertaken in order to find the deposit of the discovery. It was in 1999 that a new deposit was located on the coast near the village of Marovato. the samples collected were found to be completely different from those of the original discovery. The discovery was discovered not far from it some time after. Since that date, several new deposits have been discovered (four in all), all producing stones different from those already known. Two famous sellers, having largely contributed to the popularization of this form of Jasper endemic to Madagascar, presented it in 2000 at the international mineral fair of Tucson and even registered the name Ocean Jasper ©. The brand name referring to the ocean, the shores and the discovery of the mineral along the ocean in Madagascar. The orbicular Jasper is a Jasper easily recognizable among all the other varieties thanks to the concentric circles tight to each other.

It is a multicolored stone, which seems to be, according to the latest scientific studies, more a Chalcedony proper, than a Jasper. Some pieces have parts with bandaged Agate, veins of colorless Quartz (hyaline quartz) and myriads of micro-crystals commonly known as druses. Scientifically speaking, the orbicular Jasper is a spherulated Chalcedony (the term spherule would seem more scientifically appropriate than orbs). The orbicular jasper is actually a rhyolite or highly crystallized tuff in which quartz and feldspar have crystallized into radial aggregates of crystals in the form of needles, thereby forming a spherical (orbicular) structure. This stone is essentially cut into cabochons of multiple shapes and used as very popular decorative objects.

We suggest our sections dedicated to beryl varieties: 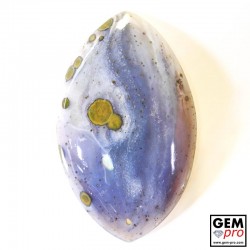 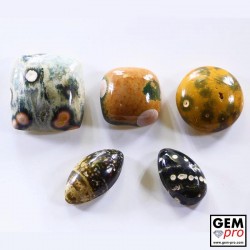 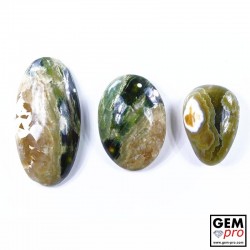 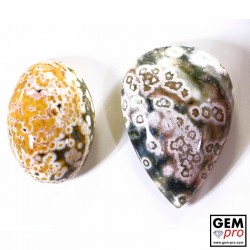 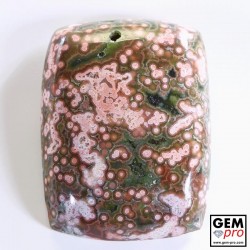 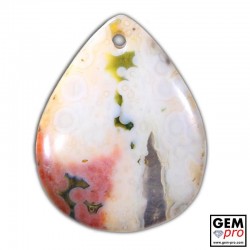 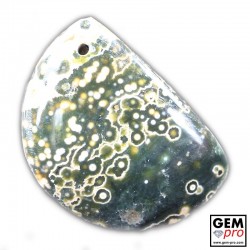 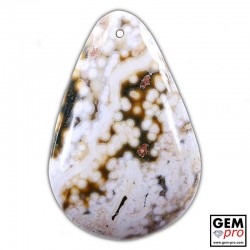 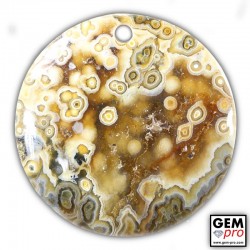 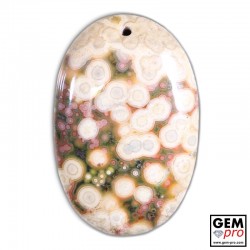 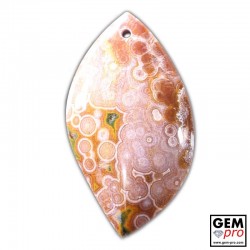 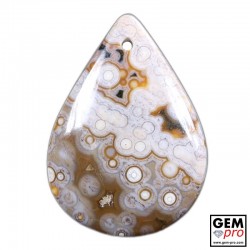 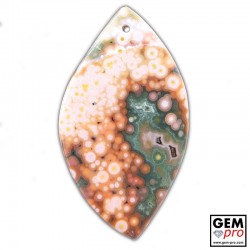 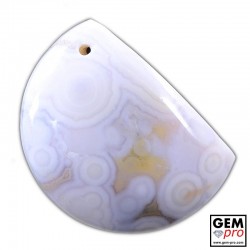 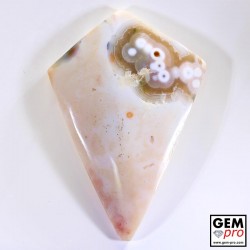 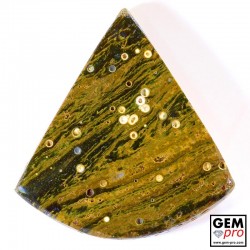 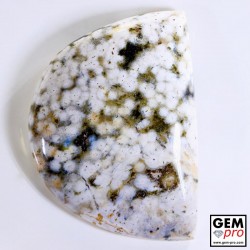 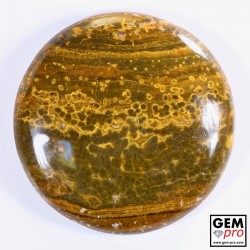