Are you a lover of rare stone? Are you a collector and tirelessly looking for the missing pieces in your sumptuous collection? You are a jeweler, creator, designer and have at heart to offer stones that we very rarely see set in jewelry and which would naturally find their place in perfect harmony with the originality of your frames and your creations. We offer many natural collection stones, rare, very rarely offered and which would perfectly match your expectations in this area, look no further and follow us to discover Pollucite, a rare gem little known, precious because of a very limited number of deposits in the world. A stone for aficionados!

Pollucite is a zeolite mineral of chemical formula (Cs, Na) 2Al2Si4O12 · 2H2O, in which we find iron, calcium, cesium, rubidium or potassium. It is an important mineral due to its high content of cesium and rubidium ores (20% of its weight), which are highly sought after for a multitude of uses. Pollucite crystallizes in the isometric-hexaoctahedral type system and forms colorless or white, gray crystals and sometimes nuanced with subtle hues of pink, purple, magenta and blue. It forms hexahedral crystals, dodecahedra, trapezohedra, grainy masses and rarely cubic crystals. Well formed, gem quality transparent crystals that can be used for jewelry are rare and come from very specific deposits. Its hardness is 6 to 7 on the Mohs scale and its density from 2.8 to 3.00. It is also a mineral species which constitutes a series with Analcime and in which inclusions are frequently encountered: in the form of balls, sticks, flakes, pearls etc. Pollucite is found in granitic pegmatites rich in lithium, in association with quartz, spodumene, petalite, amblygonite, lepidolite, elbaite, cassiterite, columbite, apatite, eucryptite etc.

The majority of the deposits known to date are located in Afghanistan, the United States (in the state of Maine), Sweden, Finland, Canada, Italy, Russia, Namibia and Madagascar. In 2001, it was estimated that approximately 82% of the world's known pollucite reserves were located near Lake Bernic, in the province of Manitoba, in western Canada, where they are extracted for their high cesium content for their processing and exclusive use for oil drilling. 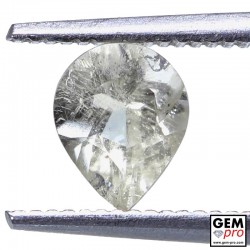 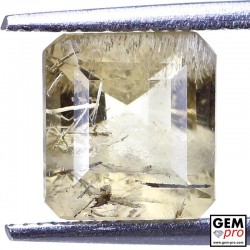